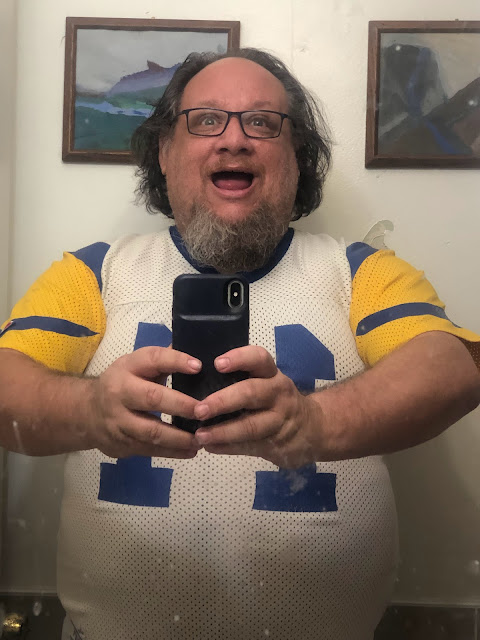 All is right in the world for tonight.  The Los Angeles Rams have won the SuperBowl.

But I've always been a Rams fan.  Even when I was a Chargers fan.  I was a Rams fan too.

My Jersey is #11 for Jim Everett.  It barely fits.  But I wore it tonight.

Posted by William Noetling at 7:28 PM