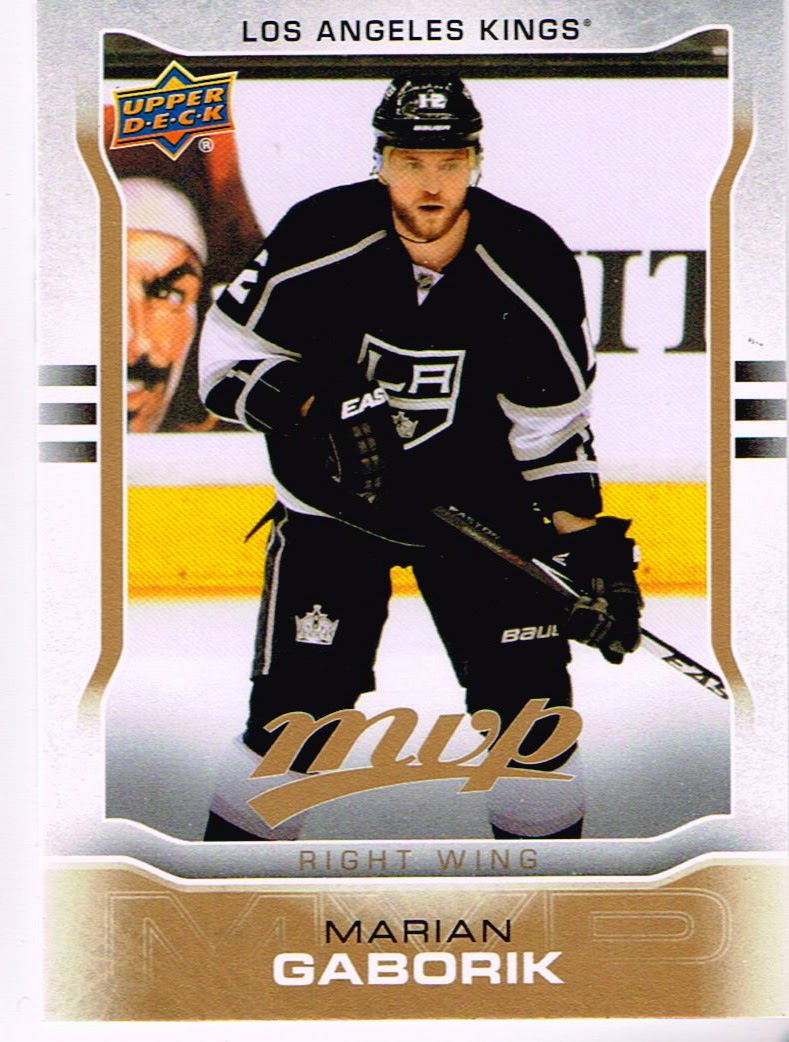 I just got back from my LCS (hi Matt and Zack) and purchased my first few packs of the new season.  Of course I'm still buying 13/14 products, but since I'm almost done with my Upper Deck sets, and I'm pretty much giving up on anything Panini related, it's going to be an easy transition.

MVP is a budget product, or at least it's supposed to be.  Hobby boxes are running $46 at DA Cardworld and they are $48-60 at brick and mortar.  Boxes are 24 packs with 8 cards each.  In each pack you get 1 silver script and 1 SP high number.  The set is 300 cards and there are multiple inserts.

Upper Deck is following Topps parallel program it seems, not only are there the silver scripts, but "super-scripts" each numbered to 25 and then the extremely confusing "colours and contours" set, which are die-cut and have multiple levels of rarity from 1:6 to never gonna find it.

Besides the nifty autos and relics, the inserts are actually rather decent this time, celebrating the season that just ended rather than just another insert-set with bad graphics and the same old tired checklists.  MVP includes Rookie of the Month, 3 Star Players of the Month and 3 Star Players of the Week.  I like this idea better than the old paradigms because it actually focuses on the games rather than careers or even single seasons.  Plus there's plenty of Kings to chase here.

There's a four part Rookie Redemption set that are separated by conference (one for each) and are case hits.  Obviously we don't know who are in the sets yet, but these should be pretty popular I would think.  There's also a single Young Guns card with long odds as well. 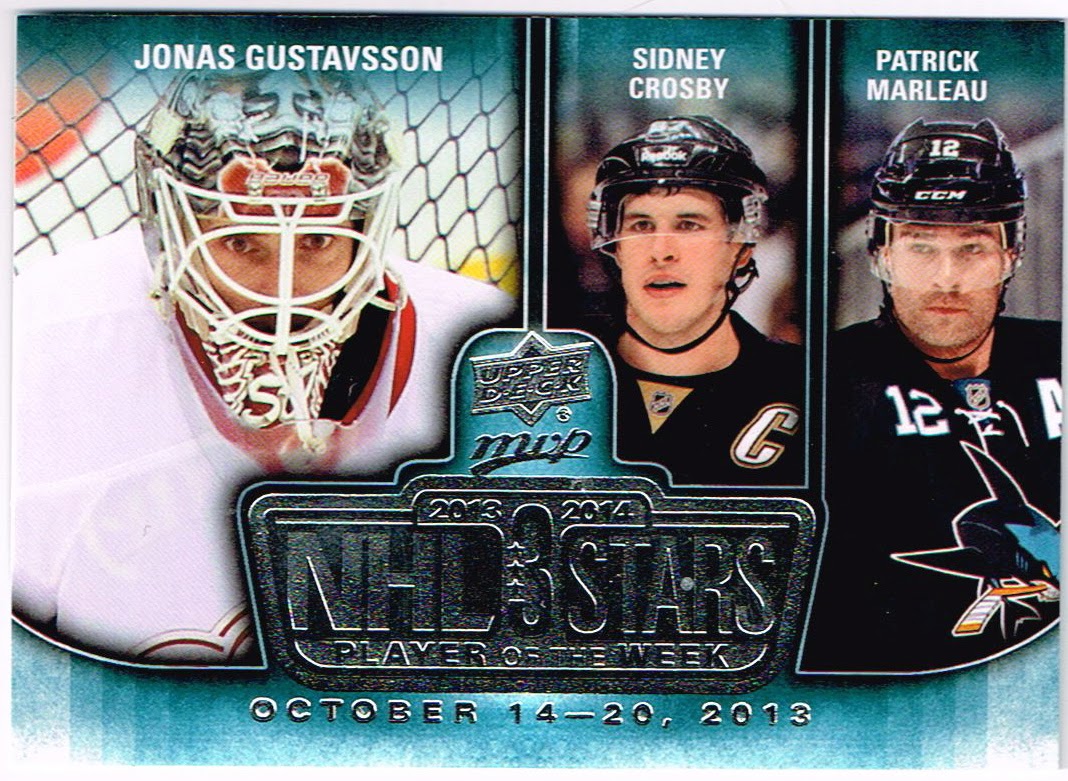 So what did I pull in my four packs?  Well I only got one King, but it's Marian Gaborik and it's a short print.  It's my first Gaborik in a Kings uniform, because I don't buy high-end Panini crap.  I got one nice 3 Stars of the Week insert, featuring Sidney Crosby and Patrick Marleau.  And I pulled two box hits. 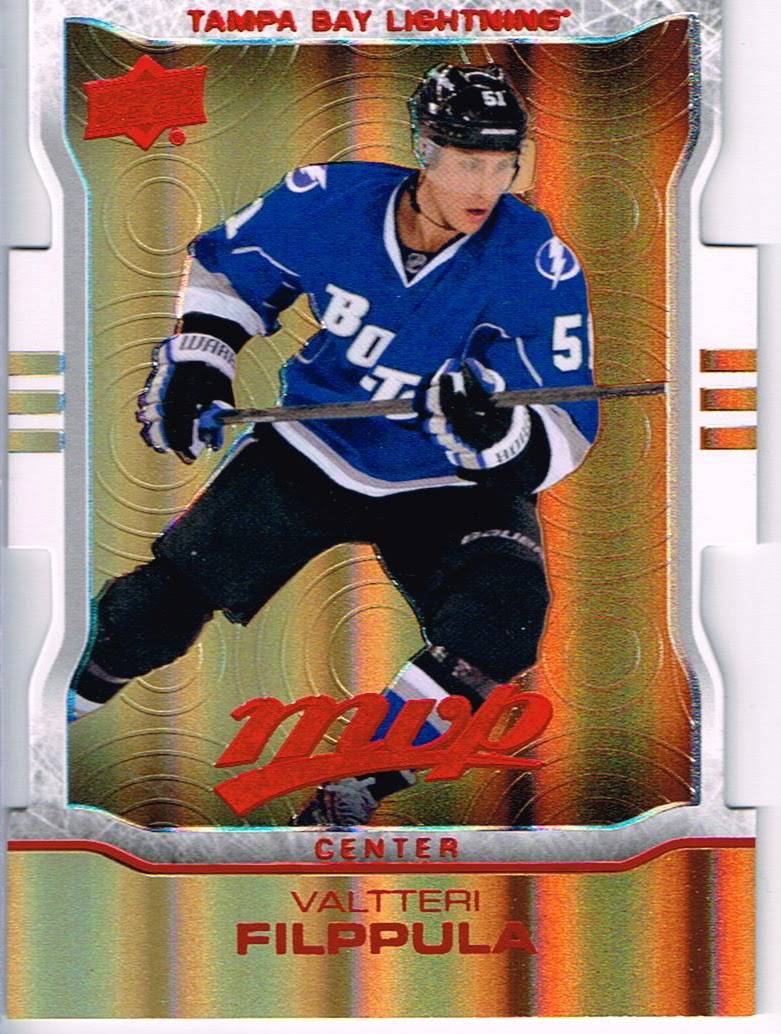 Yes you read that right, out of the four packs I snagged two box hits with 1:36 or higher odds.  The first was a Contours/Colors Gold Die Cut of Valtteri Filppula (there's one on the bay of e for $7) and the second, well, the second was pretty darn cool.  Here you go: 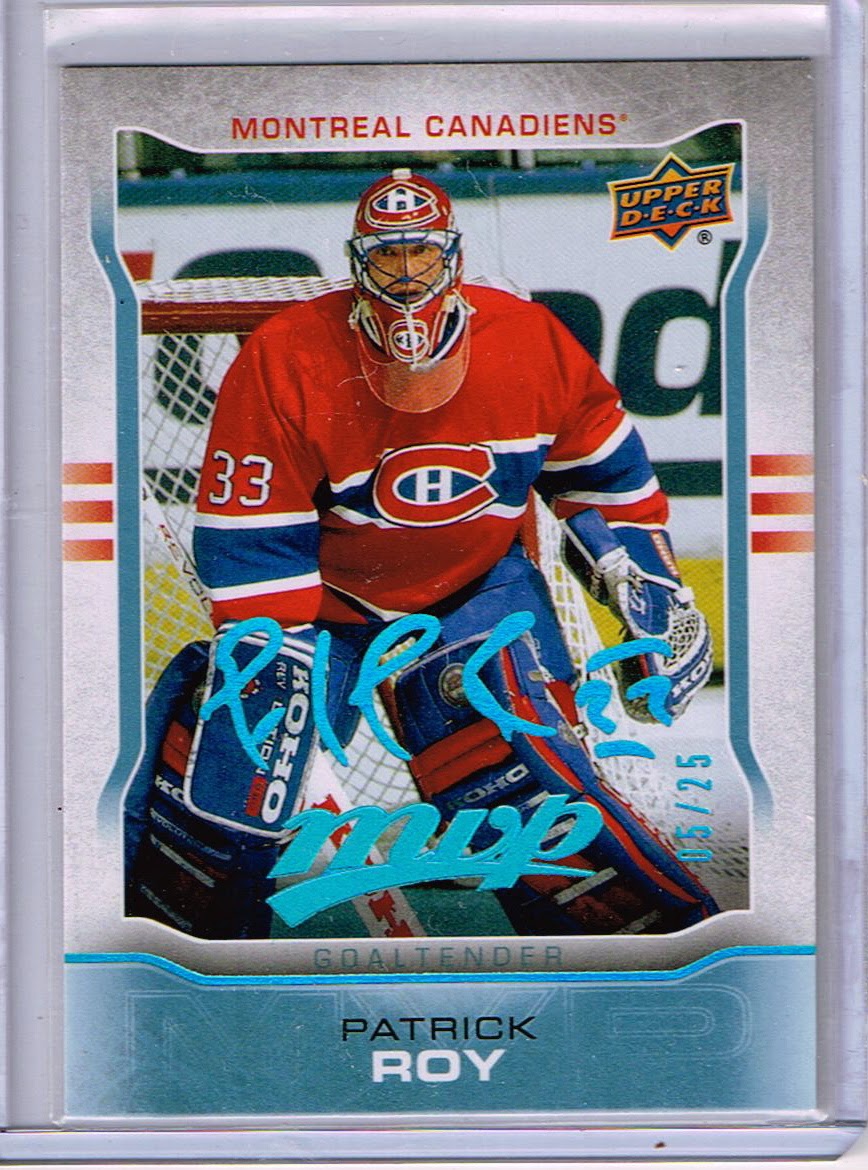 That's #05/25 of HOFer Patrick Roy as a Canadien.  Not that I even *LIKE* Roy because I still hate his guts for beating the Kings in the '93 Finals, but hey, it's a good card and if I can flip it I can buy some Kings cards.  I put it up already.  There's one other (#10) and they want $33 on the BIN with 2 days left.  Mine is priced a bit higher, but it's a lower number and it's from the US.  Plus I offer free domestic shipping and I tried to reprice the international shipping to just it's actual cost to me.


Posted by William Noetling at 2:58 PM No comments:

At Last - A Completed Collection - 12 Years in the Making

During the 2002-03 Hockey Season the LA Kings did an interesting promotion, they gave away five mini-Lego type figurines made by the now-defunct company SMITI.  The five figures were available at five different games, the first of which was in October and you got a box to go with your first figure.

I didn't go to ANY of the actual games.  At least I'm pretty sure I didn't, I don't have my ticket book hanging about to double-check.  In any case during the season I managed to acquire four of the five figures and the box, but the Ian Lapierriere figure eluded me.

Now granted I probably forgot to check for him for a few of those years, but I've had an alert for a single figure on eBay for several years.  This last week while we were on vacation in Utah the alert popped up, and the price was right.  $4 shipped.  AT LAST - my set is complete.  Well, he has a broken stick, but I don't care.

Problem is that the other four figures and the box are in storage.  Dammit.

Posted by William Noetling at 11:33 AM No comments: