I built a model kit sort of from my youth. DORVACK Powered Armor

Something happened in the early 80's that really changed my collecting habits and ultimately my life.  Toy Stores started carrying Japanese model kits.  I know it sounds a bit odd, but let me continue.

I'm your standard 70's era card-carrying geek.  I was 6 years old when Star Wars was released and yes, it changed my life too.  But even before then I was watching Planet of the Apes and Star Trek.  My Mom actually acknowledges that she was a Trekkie during the original run of the show when she was a teen-ager, so I have that going.  My television cartoon diet was dominated by the likes of Speed Racer, Giant Robot, Star Blazers, Battle of the Planets and then much later Voltron, Robotech and the rest of the second generation anime imports.

My Dad was a history buff, and while he merely tolerated my appreciation of sci-fi toys (I did get the Space 1999 Eagle for Christmas 1977 because they couldn't find the Star Wars Early Bird Sets) he really instilled a love of model kit building in me.  I can still remember the first kit I was allowed to build with glue, a navy training airplane that was cast in yellow.

Imagine then my fascination when the local toy stores started carrying Japanese kits in the early 80's.  Even though I had never seen the shows these models came from I knew I loved the designs, and unlike American model kits which were usually a make and display type item, a lot of these kits were designed to be PLAYED with!  It wasn't until I joined CF/O (Cartoon Fantasy Organization) in San Diego in 1985 that I would even discover that there were shows attached to a lot of my favorite models, and that led me to attending my first San Diego Comic Con in 1985, and from then to 1997 I went to 10 conventions, making many friends and having tons of exciting experiences that I have a hard time recalling now.

In my 40's I still want to have my old toys back.  One of the cool models I ever made was a Dorvack Powered Armor Nove Laser.  I never did see Dorvack, which from what I understand wasn't that good of an anime.  But I liked the design aesthetic and the completed figure was just about the right size to play with 1/18th scale figures, even though the model itself was billed at 1/24th.  My original Nove Laser is long gone.  But for the last several years I've been looking for cheap kits on eBay just for fun.  I finally pulled the trigger on one a few weeks ago and my Doldian was on it's way!

Yes, it's very different in terms of coloring and armament, but it's close enough to the one I had as a youth to make me happy.
I paid $10 plus shipping so about $15 all together.  Shipping was great and fast, and I got the kit within a week.  It was imported by Testors and sold in the US originally.  There's some wear on the box, but that didn't bother me at all.  The sprues were still sealed in the original plastic and the packet of glue originally included was still there, along with the decals and the pvc grommits, which have held up very well.  This kit is over 30 years old after all.

I took my time building and painting, all together spending about two days to finish.  I'm still not the best modeler, but I'm happy with the results.  I wasn't going for screen accuracy, as again, I've never seen the show, but I did follow one of the paint guides as closely as I felt like doing.  I also used some paint sharpies.  I need some Gundam Markers, I wish they weren't so expensive. 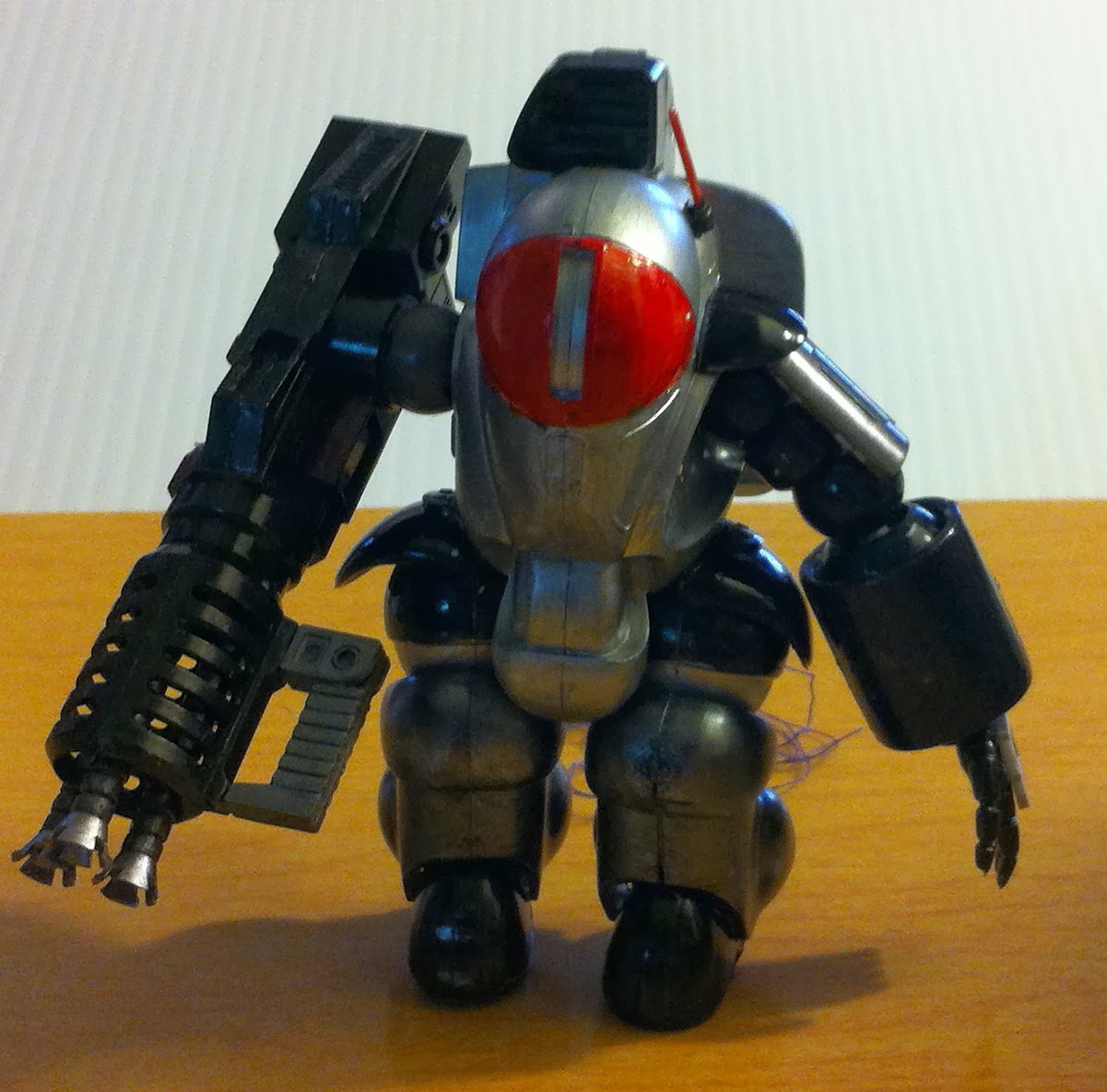 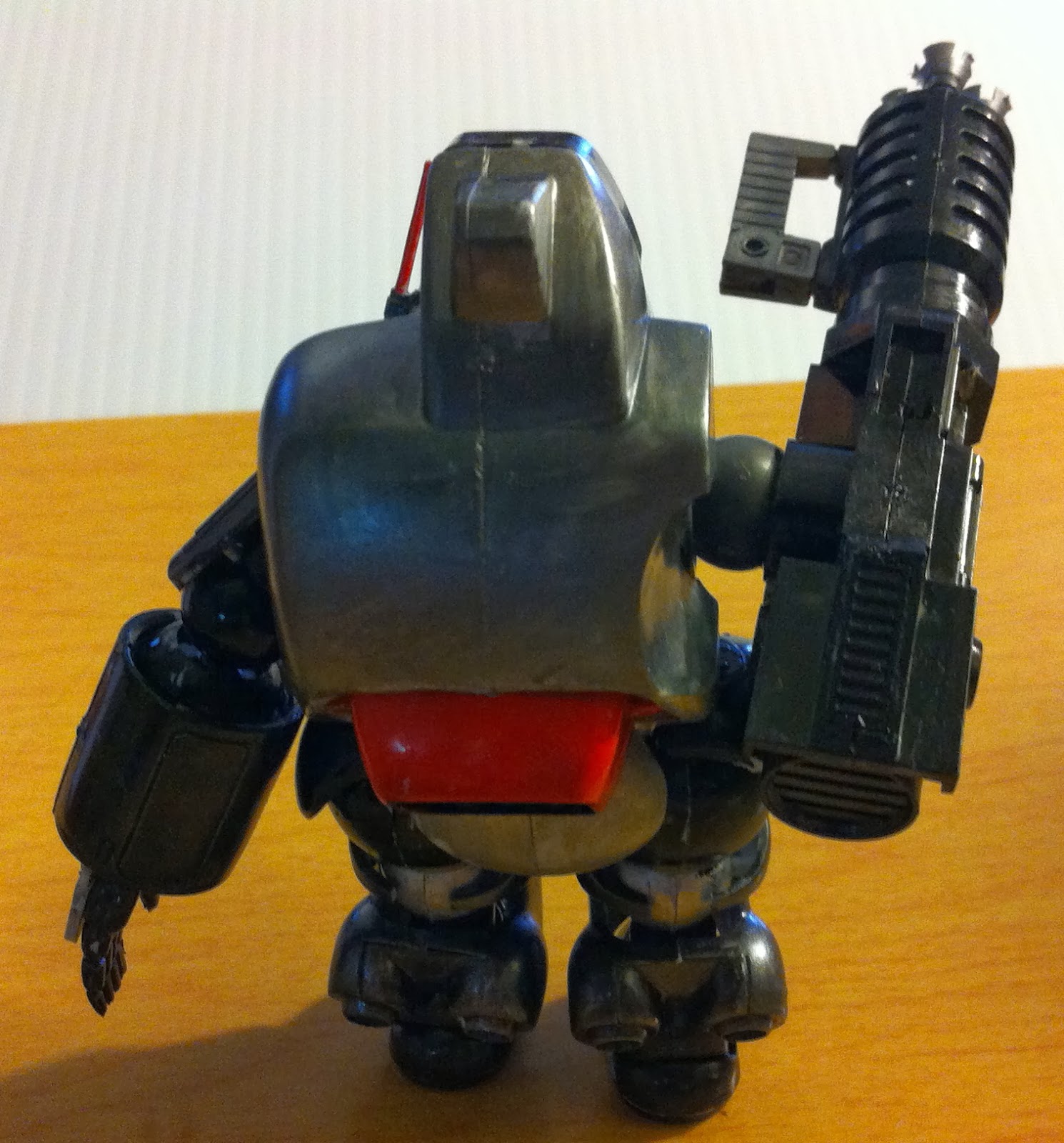 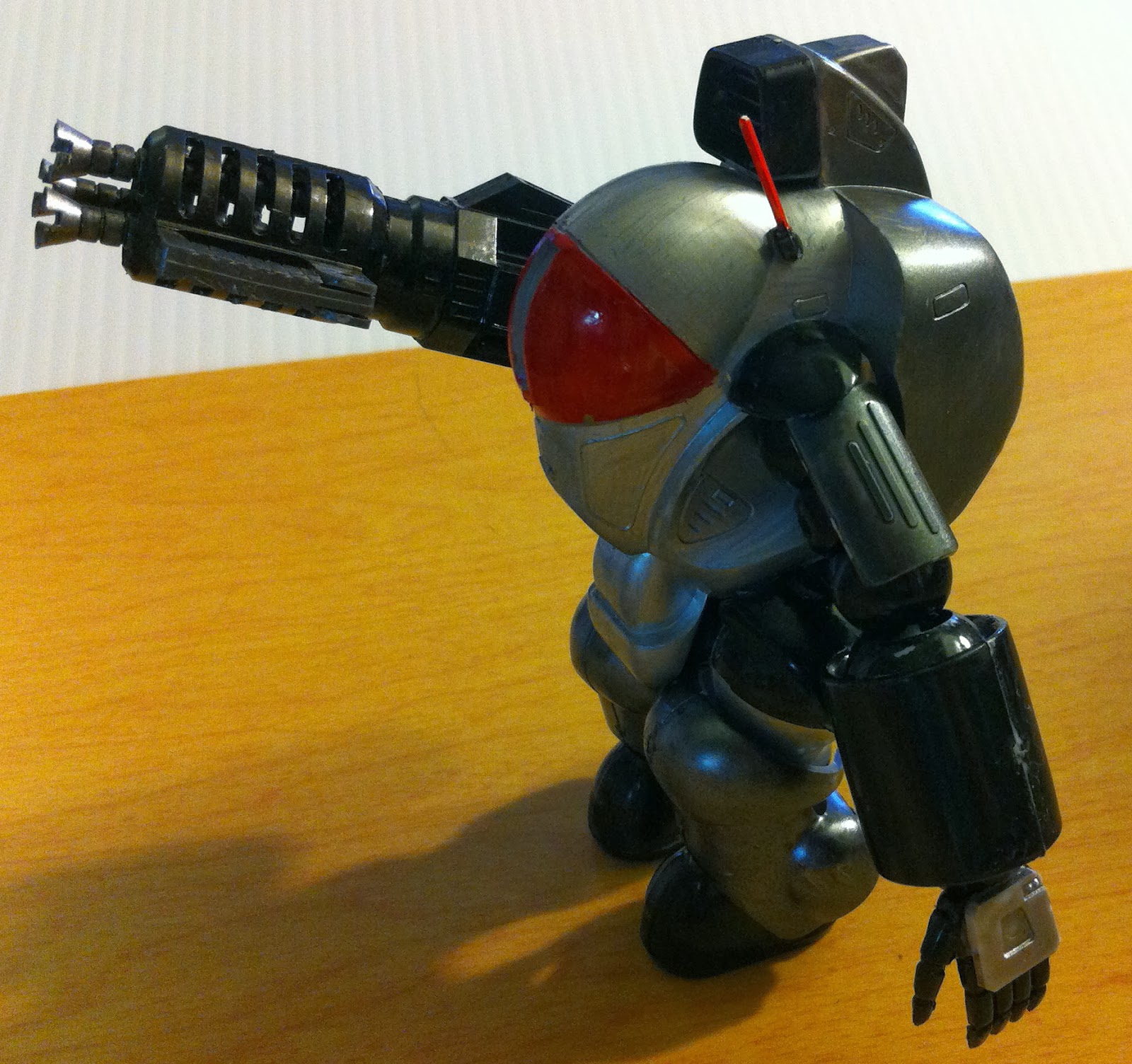 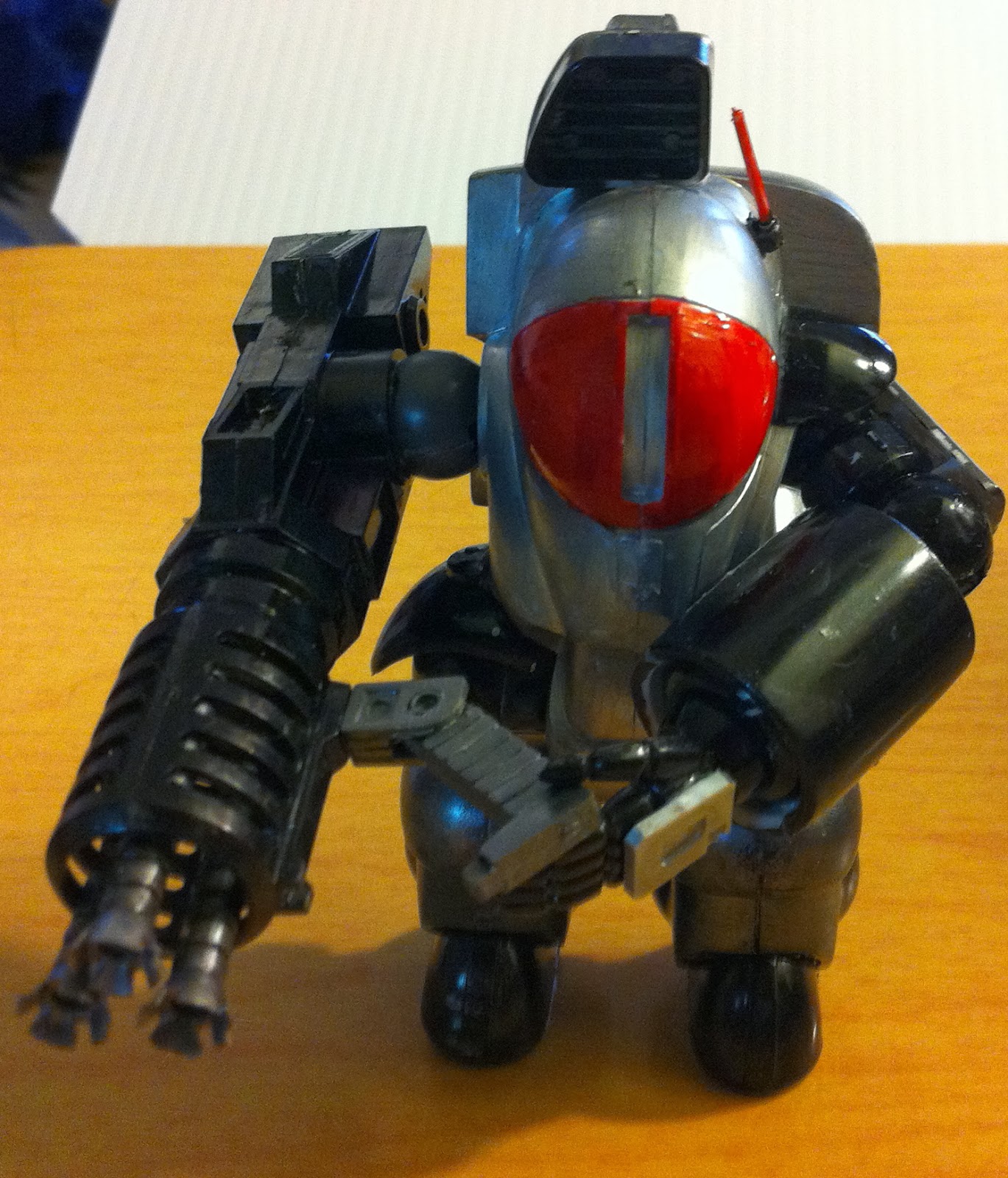 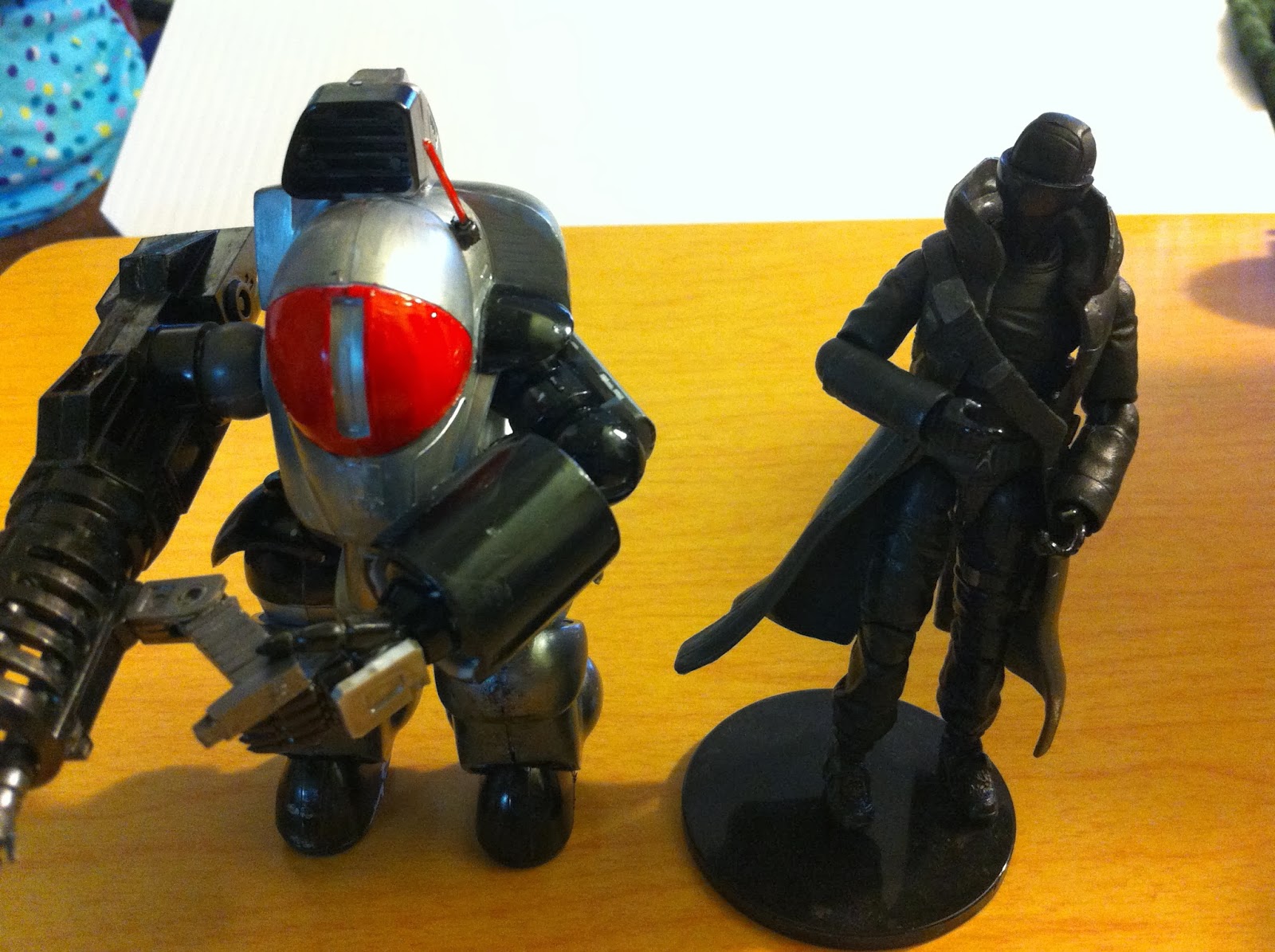 Posted by William Noetling at 4:05 PM

Sounds like you and I would have been good buddies growing up. I loved watching Speed Racer, Star Blazers, Battle of the Planets, and (my personal favorite) Robotech.

Cool model. I wish I had enough talent and patience to build models. If I did, I'd probably use a decent chunk of my hobby time building them. Unfortunately the best models I have ever built were the snap together ones.

Thanks for the kind words. I wish I had MORE talent and patience because honestly painting is something I'm discovering that I really enjoy doing, but have very very little artistic talent for. But it's never too late to learn I guess.

And Snap-Togethers can be difficult, check out Gundam Real Grades!