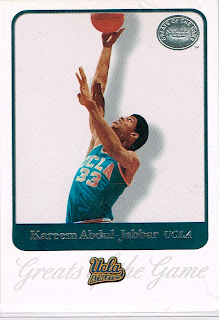 I am a second generation UCLA Bruin, and I'm damn proud of that fact.  My Father attended UCLA in the early 70's and graduated in 1974 with a degree in English.  My Mother worked on campus from 1972 to 1980, and I attended the UCLA Child Care Center beginning in it's second year of existence, and in fact am still Facebook friends with one of my counselors from that time period.  The Godmother of my daughter is on of my Mom's friends who she worked with in the Registrar's Office during those heady years of Walton, Wickes, Rowe, Patterson and our next subject, the former Lew Alcindor, known today and forever as the greatest Basketball Player ever, Kareem Abdul-Jabbar.

So despite the fact that I never actually got to see Kareem play for the Bruins, he's still my all-time favorite Hoopster. 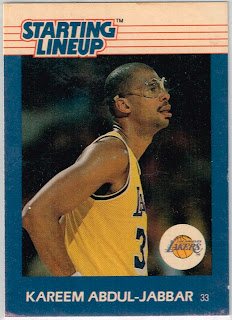 KAJ had such a storied career that if you don't know who he is, you can't really be a sports fan.  Kids of the 90's say that MJ was the best ever, but I disagree, KAJ CHANGED the game.  In the NCAA anyway.  His Freshman Bruin squad (remember Freshmen weren't allowed to play varsity back then) actually defeated the Varsity squad during their annual pre-season romp.  That would't have been a big deal, except that the Varsity was the DEFENDING NCAA CHAMPIONS!  They outlawed the Slam Dunk during his time at UCLA because he was the only one who could really do it!  Can you imagine a college game without a dunk?

In the NBA he only won 6 championships, 2 finals MVPs, 6 regular season MVPs, scoring champion multiple times, 19 time all-star and he STILL holds the all-time scoring title with 38,387 points in 1,560 games.  Kobe Bryant, currently 4th on the list, has 4 more seasons at an average of 16 points a game to catch him, which isn't all that assured given Kobe's injury problems lately.


During his playing career ended Kareem dabbled in acting, most notably the still hilarious "Airplane" in 1980.  Here's his best clip:
http://youtu.be/n2A194yTWoQ?t=25s

I love that movie.

Post-retirement KAJ has become a renaissance man, though really he always was.  Despite the fact that his god-given talents made him a great basketball player, I'm not sure he ever REALLY loved the game like so many of his peers.  I think for him the game was a means to an end, he got a fantastic education, the sports career that 99% of humans would kill for, and the stability that being a star-athlete brings.  But I often felt that KAJ was never as comfortable as a star as some others would be.  He seems kind of shy to be honest, and his demeanor around reporters during his career did him no favors.  He SHOULD be the head-coach somewhere in the NBA, but he burned bridges and has never really been given a chance.  Not that he cares really.  Now he's a film-maker, educator, historian and all around good guy.

I should mention that I had a chance to meet Kareem back at the old LA Times Book Festival when it was on campus at UCLA.  Now I have met a ton of celebrities over the years, I've worked with Tony Hawk on a TV shoot, met Warren Beatty and Natassja Kinski on the movie they were shooting on the property I worked on, ran into dozens and dozens of actors living in LA, and been to multiple training camps and shows where autographs were available.  THE ONLY time I was ever star-struck and just unable to communicate was when I met KAJ. 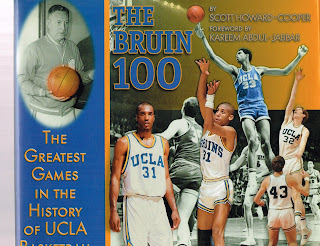 I think I mumbled something about him being my and my late-father's favorite player.  This was the same book festival where Deacon Jones slapped me on the back because I was wearing a Kings Jersey and gave me an autographed book because I reverently told him to slap me on the head!  Kareem made me nervous and self-conscience because he really is a giant of a man in more ways than just stature. 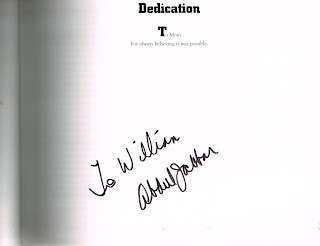 That statue of him in front of Staples was LOOOONG overdue.

Posted by William Noetling at 9:17 AM