Adventures in eBay - Lego From My Childhood Edition 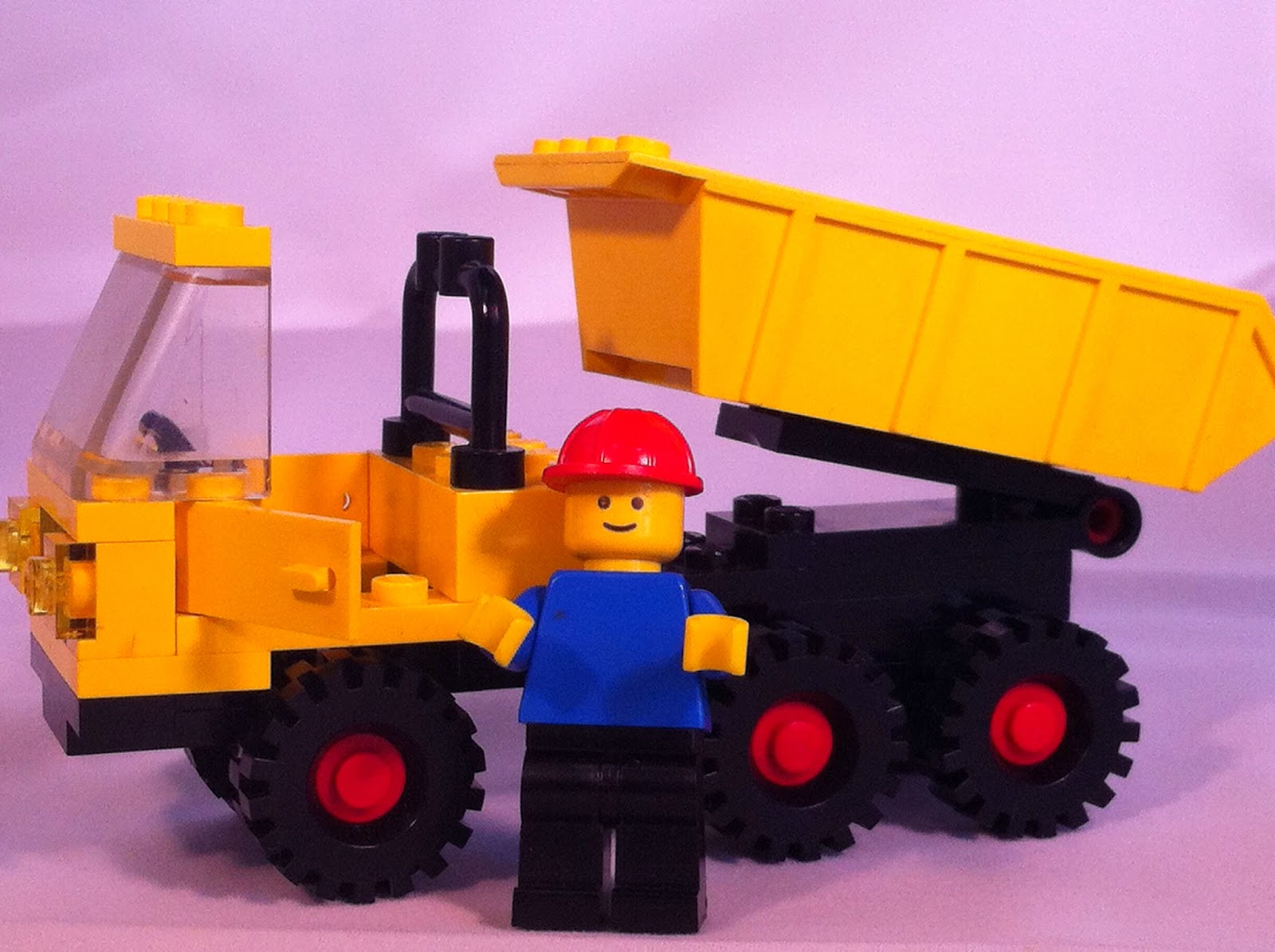 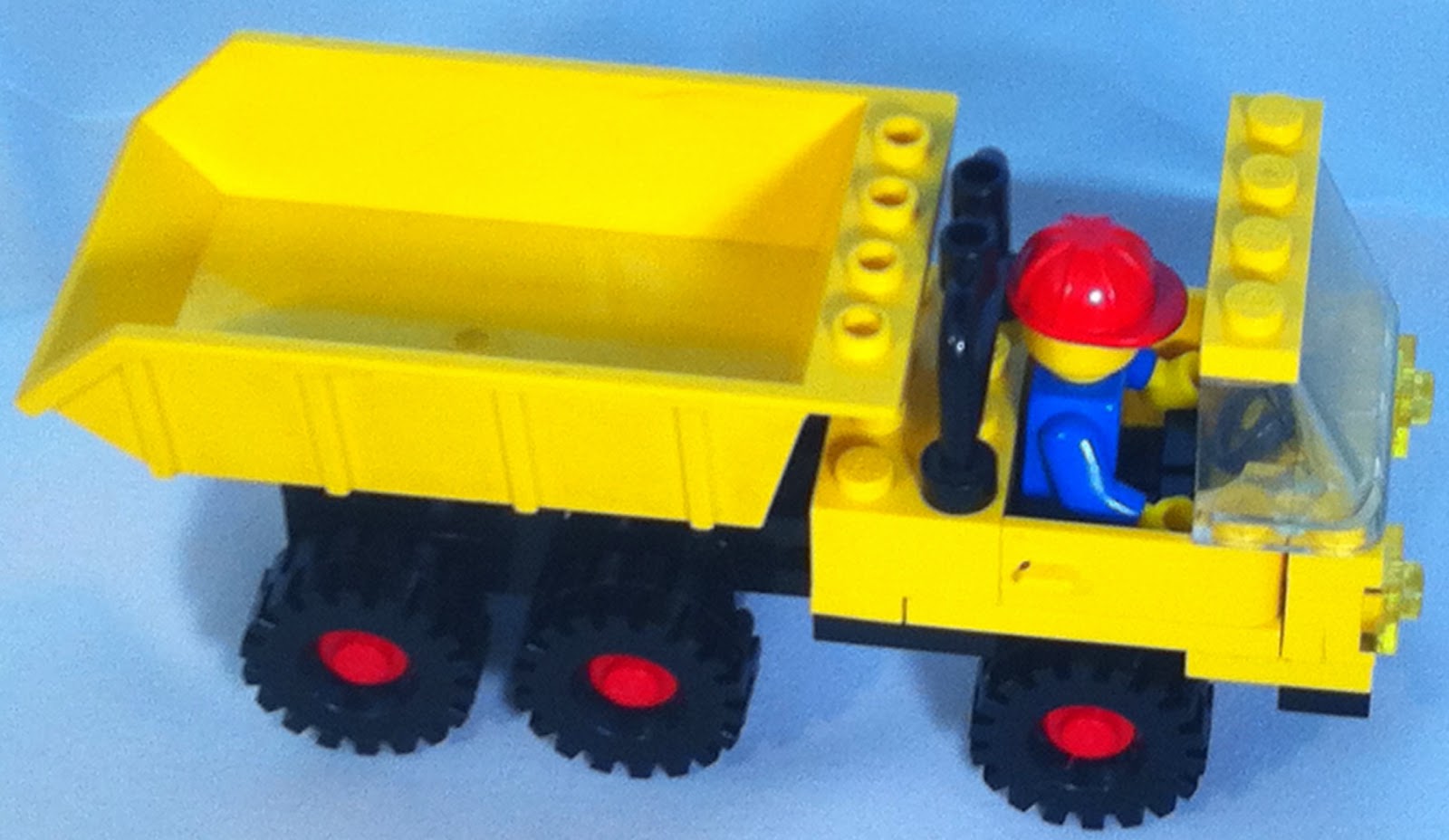 If you grew up in the time period roughly from the mid 1960's to today you probably played with Lego Bricks at one point or another.  The Lego company traces their existence back to 1916, and their brick toys to 1947.  Suffice to say the growth of Lego toys seriously impacted virtually every kid at one point or another.  Lego seems to be a toy that grows with kids, and kids never really grow out of them.  I stopped buying Lego kits sometime in my teens, but as soon as I moved out of my parents house and had a job of my own I started buying them again with a vengeance, and I never really threw away my Lego.  I still have most of my bricks and instructions, if not the boxes themselves.  Over the course of time I've been trying to reacquire a few sets from my youth that I didn't keep intact.

My first Lego sets were the Universal Building Sets, which now are simply tubs of bricks.  These were the sets that had no real models to build, just whatever you wanted, and the best thing was that they came with large base plates you just don't see much anymore. 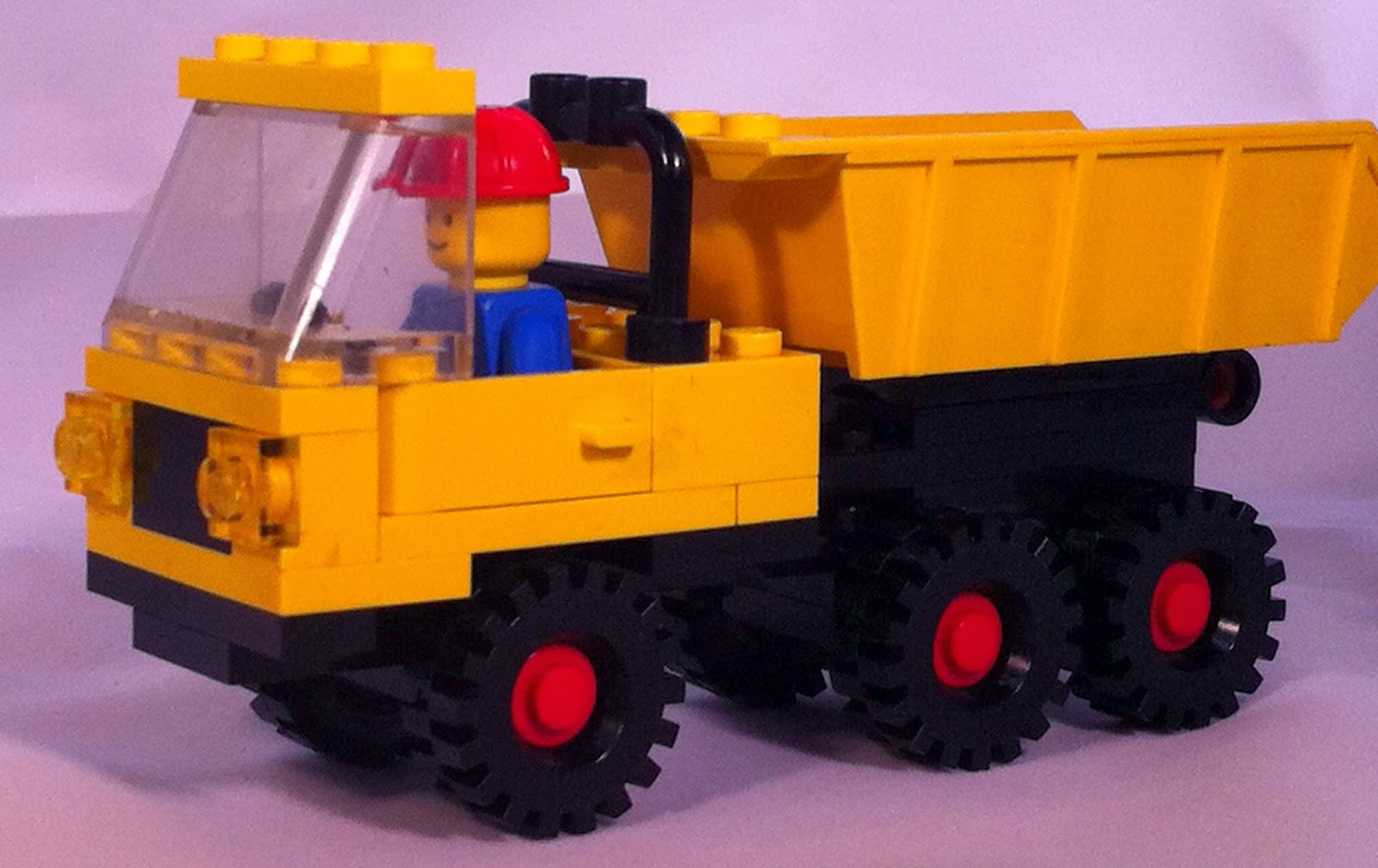 I do recall my first large set, that would be #585-1 Police Headquarters which was one of the last few sets BEFORE real mini-figs came out in 1978.  I know for a fact I still have some pieces left from that set.  My second major set was #6929 Star Fleet Voyager and I remember getting that for Christmas somewhere in the early 80's.  While I don't reasonably expect to ever repurchase a Police Headquarters, and with the static old-school proto-mini-figs I really am not sure I'd want one.  But I do check out eBay and other places for the Star Fleet Voyager on a regular basis. 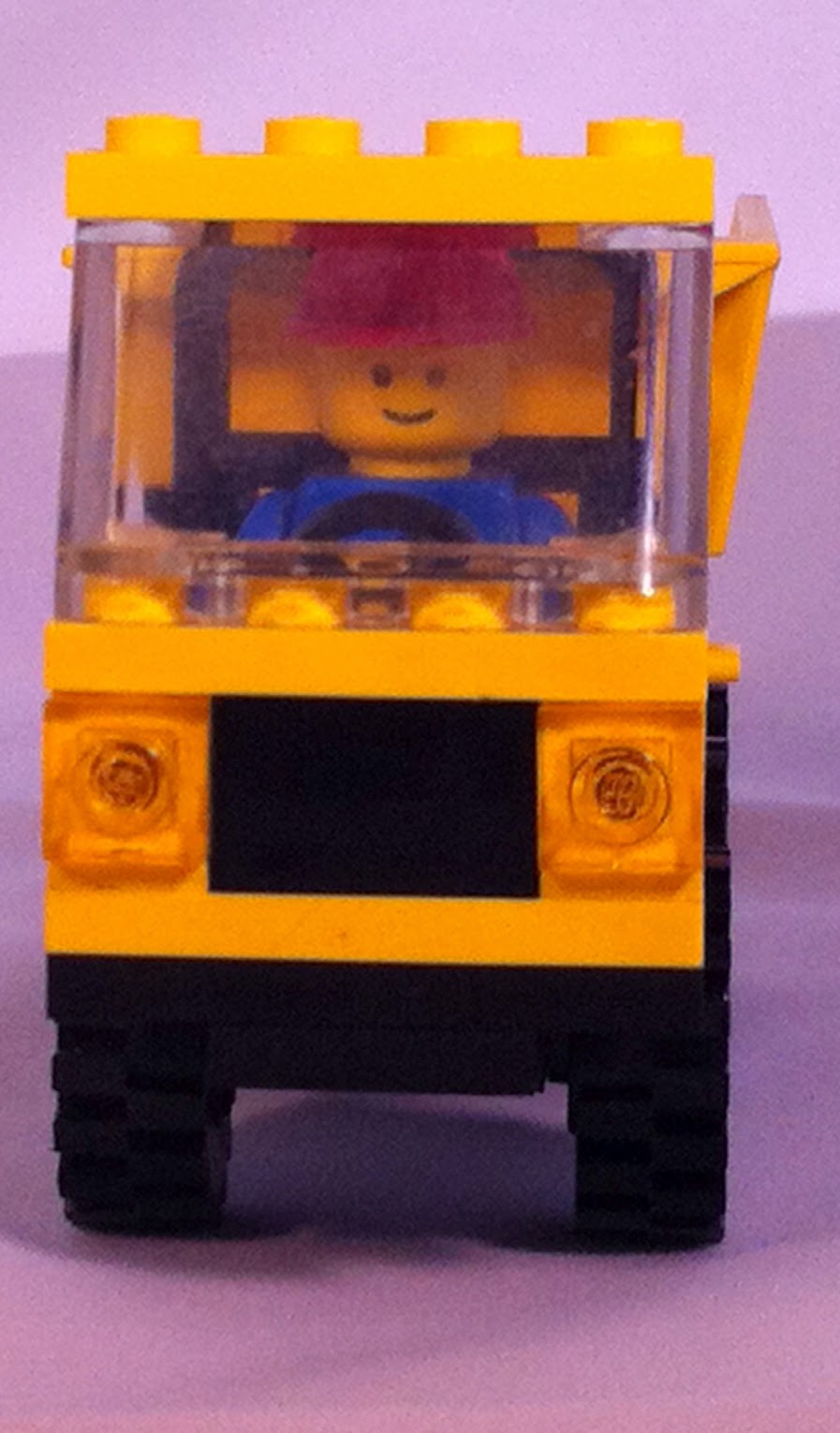 The last of my three original kits that I desired to repurchase was the smallest: the simply elegant 6648-2 Town Dump-Truck, and thanks to a recent eBay purchase, I now have one.  I paid $6.99 plus $5.95 shipping.  Considering it's a vintage kit, with instructions, I think I did OK.  I recall that the original price my Grandparents paid was about $5-10 but that was at the Los Angeles Children's Museum, which isn't there anymore, and it was over 30 years ago.

The vehicle is all of 41 pieces, most of them yellow or black and all pretty much standard.  The only real "specialized" pieces here are the rollbar, the windshield, the truck bed and the hinge piece that lets the truck bed dump out.  It's a really simple build that took all of about two minutes to complete.  It is a thing of beauty.  Lego just doesn't do small vehicles quite the same way.  Now the cabs are all one piece and the wheels are tiny.

My original set wasn't kept as a truck very long.  I loved the bed with six wheels and the tilting rear, so I designed a small airplane using most of the same parts with forklift type sleds in the front to make it look cool.  It flew off the back hinge as a launch ramp.  This one though, it's staying on my desk.  Without being put together with the Kragle...because hey, the driver does kind of look like Emmit from the movie doesn't he?


.
By the way, the pictures were all taken in my new light tent, nifty hunh?

Posted by William Noetling at 2:48 PM

I have a box somewhere with 15-20 Lego sets in their original boxes. That dumptruck might even be one of them. I loved my Legos as a kid.